The security of illusion

This is the 2015 edition of the 'Saga' album "The Security of Illusion", which was originally released 1993. "The Security of Illusion" marks the return of Jim Gilmour (keyboard) and Steve Negus (drums) to the band. Both left the band some years before. 'Saga', staying true to their convictions, release a more progressive album, with a slightly harder sound, bringing back memories of the early eighties. Fans celebrate "Security of Illusion" as the deserved comeback of the original Saga line up. The album was completely re-mastered for this re-release, delighting the listeners with an outstanding sound quality. This Saga package includes two exclusive and unreleased bonus tracks (live in Hamburg 2015), making this album a fantastic buy. 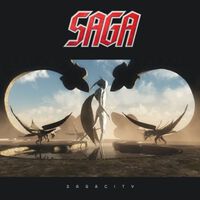